Last night I celebrated America’s Independence Day at Checkinn99 with my wife. Our server’s name was Gop. I took that as a good omen given that this blog has a prominent cartoon character by the same name.

Our server was much better behaved than this one.

Starting today we will be selling Bangkok Soi Dog #1 Tshirts at this web sight and a limited supply at Checkinn99 as well.

People have been sending in their pictures wearing the Bangkok Soi Dog #1 Tshirts and reading my recently published book, Bangkok Beat. Thanks for that. Here are some of the latest: 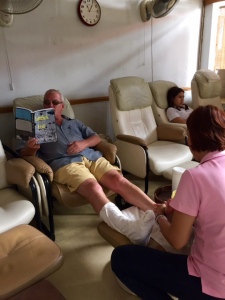 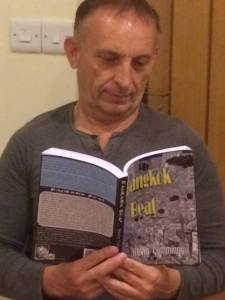 Trevor Bide, fellow blogger and all around good guy 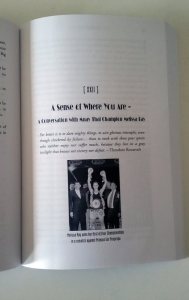 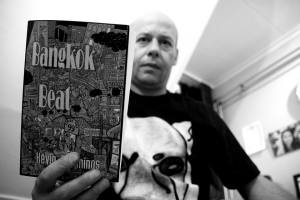 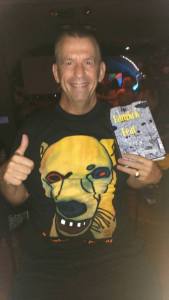 Special thanks to Chris-Catto Smith for allowing Bangkok Beat to be sold at Checkinn99 beginning last night. Demand was brisk when Chris was in the house. Thanks a bunch. I’ll be there this afternoon during the jazz. Drop on by if you’d like a copy or just want to listen to good jazz music.

I made a list of my TOP TEN FAVORITE COMEDIANS this week and it made me remember the importance of laughter and the importance of those who made us laugh in the past. Here is one I had not thought of in awhile but I am glad I did: 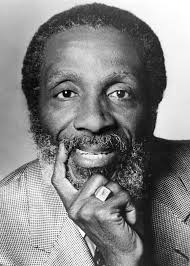 Great to read that Dick Gregory is alive and well in St Louis, Missouri. Dick never got the credit he deserved as a comedian because he was much more than that. But he was damn funny and a ground-breaking comic, author and civil rights activist and a fine track and field man back in his University days …

And … I am finally able to give proper attribution to one of my favorite morbid jokes of all time. Every syllable is important. Pay attention:

“When I die, I want to go peacefully like my grandfather did – in his sleep. Not yelling and screaming like the passengers in his car.’
Bob Monkhouse (1928-2003) 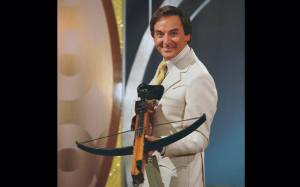 That’s my blog post for Sunday, July 5th, 2015. I want to write about sex and about death. Maybe next week. Until then, you’ll have to do with frogs, dogs, books, and comedians. 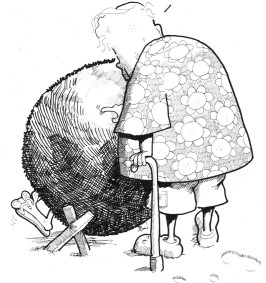