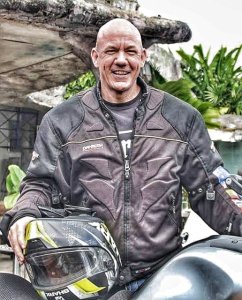 Stu Lloyd has all the moxie one would expect from someone with his background in the advertising industry. Stu is businesslike, candid, and a collaborative guy with a good sense of humor. I have crossed paths with him one time only at a Checkinn99 incarnation on Sukhumvit Soi 11 a few years ago. Until this week, for reasons logical and illogical, I had never read anything by Stu other than his Hotheads blog, which I regularly enjoy and recommend.

In Bamboozled – – The Lighter Side of Expat Life in Asia, Stu Lloyd reminds me of Mark Twain with frequent displays of wit and wisdom in his assorted tidbit tales, right down to the cover of Bamboozled, which is a perfect rendition of Tom Sawyer persuading the neighbor kid to trade him an apple in exchange for the opportunity of painting a fence. Being bamboozled has a long and glorious history in Asia and elsewhere. It ain’t going anywhere anytime soon from what I can tell, so you might as well enjoy hearing about the tricks and treats from Stu and hopefully strengthen your immune system in the process.

Bamboozled had me before I even got to Chapter One, with the dedication quotes: “May you live in interesting times.” – Confucious and “Say yes and you’ll figure it out afterwards.” – Tina Fey. Stu Lloyd goes through life much as he does when he takes a one-thousand plus kilometre motorcycle-ride on a Royal Enfield Interceptor in Australia – it’s all about the adventure for him. While Stu knows he will probably swallow an insect or two along the way, he’s more focused on where the best meat pies can be found.

Bamboozled is chock-a-block full of meaty morsels. The appearance of insects that try and ruin Stu’s day (or his house guest) on any given day are quickly repelled and transformed into a funny story or better yet a moral to be learned. Some people are said not to suffer fools gladly. Stu views his fools not with disdain but as straw handed to him willingly to be woven into gold. Whether he’s visiting a friend in a condominium and needs to get by the security guard or is being pushed through a Chinese airport in a wheelchair, Stu finds a way to entertain himself and the reader on every page.

Uniquely, the longest and perhaps most enjoyable story among the many shorts by Stu and other contributors may be the Forward where we get to learn who Stu is and, more importantly, hear his distinctive voice. You can hear it clearly and sometimes even see the twinkle in his eyes. The goal of the author seems clear to me, he wants you to enjoy the stories in Bamboozled as much as he did when he lived or learned of them. Mission accomplished.

The contents of Bamboozled deal with many typical situations that any short-time or long-time expat will recognize: language problems and miscommunications; airports and flying stories; corruption, bribery, and conmen; and immigration, customs and other officialdom, to name just a few. The best compliment I can give to an author is that a read of a first book leads me to purchase another. Done. So let me give Stu a second compliment: thank-you for writing Bamboozled – The Lighter Side of Expat Living in Asia: It’s the perfect whimsical read for these imperfect and serious times.

Stu Lloyd does what every good storyteller does, he tells good stories. It’s a lot harder than it sounds.

Stu Lloyd goes through life much as he does when he takes a one-thousand plus kilometre motorcycle-ride on a Royal Enfield Interceptor in Australia – it’s all about the adventure for him. While Stu knows he will will probably swallow an insect or two along the way, he’s more focused on where the best meat pies can be found.