British author, Matt Carrell is a man of many good ideas. I genuinely like and admire that aspect of his personality. Most everything starts with an idea. Four years ago Matt had a good idea to meet-up with a successful online entrepreneur who had created a blog catering to readers of Thailand fiction. The thinking was this could help him sell hundreds if not thousands of additional copies of his books in a short span of time. When Matt fell short of accomplishing that goal he then, and only then, contacted me. I’ve always admired a man with a good Plan B. 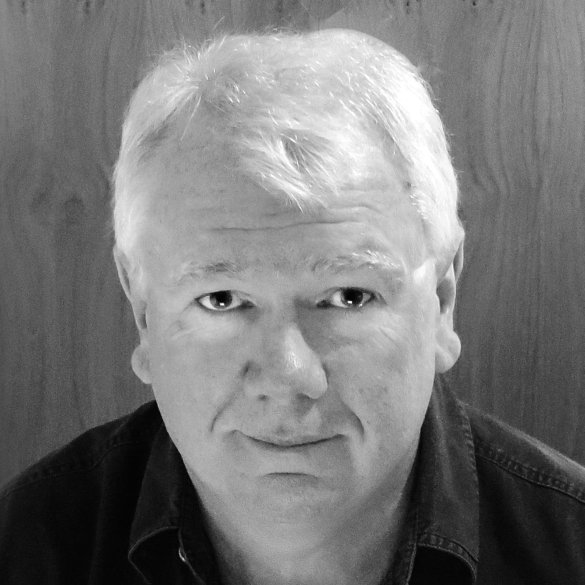 Matt Carell has an impressive back list for such a young guy. It includes, Thai Lottery; Thai Kiss; Vortex; the sequel Vortex the End Game; Blood Brothers; A Friend in Need; Something Must Be Done and now Crazy Medicine. Most have Thai-centric themes of varying degrees. Matt came close to getting Vortex on the silver screen and learned much about the process of taking a writer’s dream (or nightmare) of turning words into audio and visual art. When that, unfortunately, didn’t materialize (Vortex is reviewed here: Enjoy the Ride), it was back to Plan B. Enter the collaborative process of Crazy Medicine – A Short Film.

It has been four years since Matt and I met at an upscale dive beer bar on Sukhumvit Soi 4 to discuss the finer points of literature and plagiarism. The moment he walked in the joint I could see he was a man of distinction, good lookin’ and so refined.

So let me get right to the point: Matt and I are friends and have been since the fall of 2013, the year this blog was created. With full disclosure out of the way it is my pleasure to review Crazy Medicine, the paperback by Matt Carrell.

Crazy Medicine has been creating a natural buzz in Bangkok artistic circles since the completion of the short film. It is directed by veteran Hollywood cameraman and recent award winning feature film director, Richie Moore. Crazy Medicine was screened just this month in Bangkok on two occasions. The cast / crew responsibilities and scheduling fell on producer James Newman. Newman assembled a great ensemble.

I have not yet seen a screening of the short 22 minutes film but it is impossible to read Crazy Medicine without the vivid images of the following actors popping into my brain: Chris Wegoda (Daeng the handsomely tough drug dealer), John Marengo (savvy veteran journalist), Jon Sampson (showing his versatility once again in his role as sex tourist), Kate Tiger (stunning vixen), Libby Jennings (Emily the millennial crusader), Maythavee Weiss (the pole dancing temptress), and Michael New (as the Man in Brown or Thai cop for the uninitiated). These images are conjured up due to the action packed trailer that was also released this month, which you can see below. The terrific editing and sound over choices were made by Jesse Maddox. John Fengler makes a cameo appearance as himself. The man gets about.

Back to the book. Matt Carrell takes some tried and true paths, some might say well worn, and adds some cognitive swerves into a cohesive and believable story. Matt talks the talk well because he has walked the walk more than a few times around Bangkok’s uneven concrete jungle. The story revolves around the disillusioned millennial in England, Emily dealing with the aftermath of Brexit and a recently elected leader of the free world. Matt impressively sums up the important economic and social issues that well-read people are aware of today, while contrasting modern times with the good old days of blessings past. When Emily gets to Thailand, with her inquisitive nature, there are new experiences waiting for her in the shadows of Thai society that she hadn’t expected. You’ll learn, among other things, that the contents in a Pringles can are not good for your health, mental or physical. 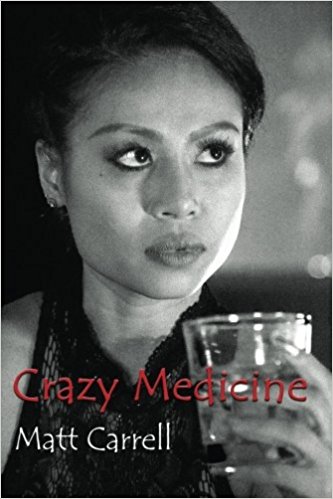 There is plenty of action in a short span of time. The edible delicacies mentioned sparingly are more in line with an entomologist’s taste than a gastronomist’s. That’s good news for readers of pulp fiction. The author humbly admits that a Booker Prize is probably not in his future. Carrell is a skillful writer and definitely not a plodding plotter. He captures western guilt among many other emotions found in the east and west.

I like the thoughts of Elmore Leonard on writing so my chief complaint with Crazy Medicine – A Short Story, is that it is narrative heavy at times. The good news is that Carrell left out the parts that readers skip. Crazy Medicine is a short and bittersweet tale with as many twists and turns as a ride down Lombard Street in San Francisco.

The story has Thai features found in other Bangkok fiction that are “same same but different”. The different and creative elements of Crazy Medicine carried the day. In addition to the quick paced story you get a great and appropriate prologue plus a 10 page background and movie update. The story ends with 1-2 fastball and curve ball pitches.

Crazy Medicine not only left me wanting to see the short film, I found myself thinking a new project should be on the table. A Plan B if you will, in the event a feature film doesn’t result as the short makes the rounds of various world-wide film festivals: The Making of Crazy Medicine – The Movie. I could easily watch an additional 60 minutes of documentary film making involving the actors and crew mentioned above.  As Charles Bukowski said, “Some people never go crazy. What truly horrible lives they must lead.” There’s no danger of that happening to Matt Carrell or the talented people involved in the production of Crazy Medicine. Best wishes and continued success on the film festival circuit to all concerned.

As Charles Bukowski said, “Some people never go crazy. What truly horrible lives they must lead.”