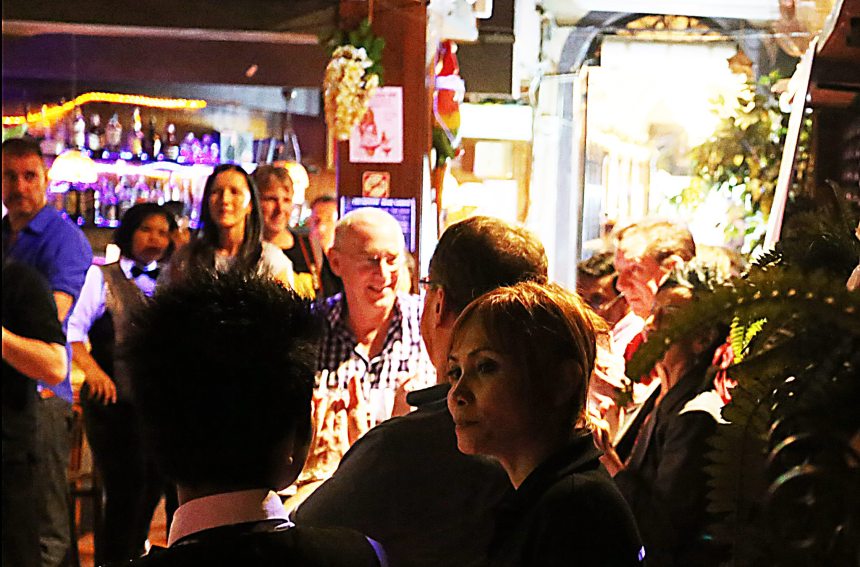 Mark Fenn was, among many other more important things, the Editor in Chief for my lone book, Bangkok Beat. Mark died in the early morning hours at his home in Chiang Mai a little over one week ago. It was and is a shock. To me and to many.

In an age when people don’t talk on the phone as much as before, Mark and I did so a fair number of times. I would comment that Mark, with his British accent, always sounded so polite. Mark would always take that comment, politely. There was a nice balance of professionalism, candor and humor whenever I talked or chatted with Mark.

I sought Mark out for the job because I knew he had recently parted ways as Editor at Chiang Mai CityNews. I also knew there would be a lot of work involved, turning dozens of blog posts and a handful of new stories into a readable book. There was. Mark never complained. He did the hard work and he turned the 90,000 words mess I gave him into a book I am proud of, and a book Mark enjoyed reading. He told me so – many times. Authors can go through periods of doubt and I was no different. Mark made it clear that he enjoyed the stories in Bangkok Beat. “It’s the kind of book I like to read”, he said. Then he would reassure me by adding, “I’m not blowing smoke up your ass.” I needed that. Beyond our phone calls there were over 700 text messages regarding the editing of Bangkok Beat over many months. That’s a lot of messages.

I would finally meet Mark face to face at the book launch for Bangkok Beat on July 26th, 2015. Mark and his wife had taken the overnight bus from Chiang Mai to be there and Mark was pleased to have gotten a good Hotel room along the Chao Praya River. Mark was a history buff so it was no surprise he chose the River of Kings over a closer Sukhumvit Road location to spend time with Ning. Mark warned me that he had grown a mustache and that reactions were “mixed”. I liked Mark Fenn and I am saddened at his early passing. I will remember that night fondly for many reasons including Mark’s wife, Ning, being so helpful and pleasant throughout the event.

I used to joke with Mark that I didn’t know how bad a writer I was until I got around good editors. I received editorial advice from many but Mark did the heavy lifting.

One can learn a lot from writing a book. And the lessons are not about writing. They are about the journey and the people you meet along the way. I am fortunate to have met and gotten to know Mark, briefly, during mine. I did not go to Mark’s Buddhist funeral in Chiang Mai. I regret that. But a friend of mine who lives in Chiang Mai went and lit a candle for me in Mark’s memory. He took the picture below. I appreciate that.

With or without the mustache, Mark Fenn was a good and loyal man. I will miss him.