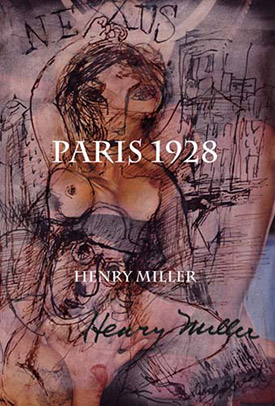 A few people have wondered why Henry Miller is included in this blog? A few others have been complimentary that he is. The reasons are numerous. Henry and I do have a few things in common. Both of us were born in America; both took to a beautiful place along California’s coastline at some point and both have been expats of sorts in foreign lands. Henry to France and European travels and me to Thailand and South East Asian travels. Fantasy leagues are popular in sports, although I never got into them. They could just as easily be applied to literature. What if Rocky Marciano had fought Cassius Clay? Fun for some. What if Henry Miller had come to Thailand? Fun to think about or not?

The truth of the matter is, in this literary fantasy, I think I would have blown Henry off, had I ever crossed paths with him. I think it is highly likely I would have created distance with myself and him ASAP. Whether the fantasy occurred in 1931 or 2013. My bad. It gets back to practicing, forgetting yourself. It is harder than it sounds. But it is worth practicing. The rewards do pay off.

I’ve just completed listening to, not reading, PARIS 1928 – NEXUS II by Henry Miller an abandoned writing project of his, which was only recently published in English in 2012. I’m really glad I listened to it, as one of my first choices on Audible.com, an Amazon company. I’m equally glad I did not read it. It is more for the Miller historians or Miller buffs. I’m more of a student or a fan. I’ve never found Miller’s stream of consciousness writing style particularly easy, for me, to read. Hence, I have not read a lot of Miller. I find the author and what he said about living and how he lived his life more interesting than his books. But that may change as I do plan to listen to more of his books on Audible.com in the future.

In Paris 1928, Miller recounts the events of sailing into Paris on a steamer ship with his second wife, Mona. His recollections of Paris at that time are vivid, along with the characters, cafes, conversations, literature, authors, money consciousness, food and wine along the way. I don’t like everything I have learned about Miller in the past year nor do I feel it is necessary to like everything about him. But I did like him a lot in Paris 1928. Little things like how he asks a friend not to use the word nigger when speaking about a black American living in Paris who had helped them when money became tight as they waited for an American Express transfer; I found that refreshing considering the time and place. Miller is not a passive guy. He’s an active guy. I like that. At one point he laments the need to find a male companion willing to explore the streets of Paris on foot or bicycle, not merely sit on one’s butt in a cafe and talk the day away, like so many.

At another point a Parisian friend suggests to Miller and his wife that perhaps they should consider other countries to live and visit, besides France and Siam is suggested. “I bet you never considered Siam?” the friend asks Miller and his wife.

What would Miller’s life have been like had he gone to Siam or Thailand in 1939 instead of returning to the USA or the air-conditioned nightmare as Miller famously referred to America in his book of the same name, published in 1945, six years after his return?

We’ll never know, of course, just as we’ll never know how Marciano would have fared against Clay, but it is fun to think about. In Paris 1928 we certainly get glimpses into Miller’s thinking and psyche and I enjoyed what he revealed. He saves his risque, erotica for the last two chapters, recounting a flash back episode that takes place in New York’s Central Park and leads to a 36 hour sexual romp with not one but two wholesome neighborhood women, despite being flat broke. It seems every young man’s fantasy of the 1960s summer of love actually took place for Henry in the summer of 1928. Good for him. You’d think that might be cause to stick around Brooklyn. But the next day, a cablegram is received from Mona and Henry is soon on a steamer ship headed to Paris.

I enjoyed my first Audible.com listening experience and think Henry Miller is one of a few authors that I will be listening to, rather than reading, more of in the future. Progress, I think. 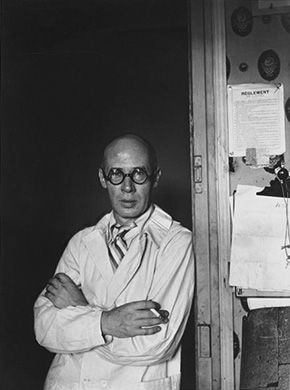