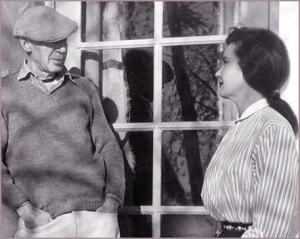 On the About / Mission page of this blog a Henry Miller quote concludes with, “Forget yourself.” What did Henry mean by that? Only he would know for sure. In my initial interview with Legendary Surfers author, Malcolm Gault-Williams, I asked him if he agreed with the entire quote? Malcolm did agree, except for those two commanding words. It was a good answer but it was not the answer I expected. Not the one I wanted. How often do we ask a question with our answer already in mind? Too often, for me. People can be like the guy at the race track that has already decided which horse he will bet on because of the name of the horse or the color of the jockey’s silks but then goes to the racing form for information to back up his unwavering choice. Malcolm is right – when you write you cannot forget yourself, entirely. You need to add that special ingredient, as he puts it, to make the writing unique. But the best story, in my opinion, is almost always elsewhere.

“Develop an interest in life as you see it; the people, things, literature, music – the world is so rich, simply throbbing with rich treasures, beautiful souls and interesting people. Forget yourself.”― Henry Miller

Years ago I met someone for the first time at my Bangkok gym. We would later become friends. On that initial meeting I was on a weight machine. Dick, the name of my future friend, was on the next machine over. As he rested he struck up a conversation with me. My first impression of Dick was, “fat cat”. He was older than me by a good 20 years, heavy but in good shape and very tan, which made his blue eyes look even bluer. He wore a singlet and had a thick gold chain around his neck. A lot thicker than the $100 string I was wearing. Circumference does matter to some, I’m told, when it comes to gold. He was friendly enough but I was probably terse with him as I have this peculiar idea that gyms are for exercising not so much for socializing. In short, I was thinking about myself at the time, as we humans tend to do, rather than thinking about the opportunity to meet a new friend that didn’t fit the mold of my friends back in California.

Over the next few years I would share many meals with Dick and my circle of friends in Thailand. And a few beers too. Dick was always fun to be around. I would also tend to run into him from time to time, even when I was out of town. He always made room for a bit of conversation and sometimes those bits would lead to a few more beers. He came to our family Christmas party one year with a video recorder running as he entered the front door and was very entertaining all evening, yet always polite. We shared some things in common, Dick and I. He also split his time between Thailand and the USA – in his case, Maine. Our schedules were similar: winter and spring in Thailand. I always enjoyed catching up after not seeing each other for six months. Dick was generous, with his time and with his compliments. He was the opposite of a balloon chaser – the type of guy who would be a regular at a pub and then stay away when they had a free meal promotion, figuring someone else could use the seat and the meal that day more than he. One year he came back and his thick, heavy gold chain was missing. “Where’s your gold chain, Dick?” I asked when I noticed right away. “Oh, I gave it to my nephew. He always liked it and he’s a senior on his Florida high school football team this year”, he replied with his trademark smile. Dick was always proud of his family members back in the USA. It turned out that Dick wasn’t really a fat cat at all. He was a retired accountant that was more of a cool cat, even at over 70 years old. Dick was one of those guys whom you were always happy to see and when you left you always felt a little better. And I was never exactly sure why that was? 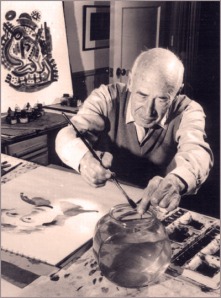 After about 5 years of friendship and good memories I learned, from a mutual friend while I was in California, that Dick died of a heart attack, suddenly, during a visit with family members in Florida at the age of 76. His funeral was to be held in Maine. I didn’t go and like most regrets I have it is the things I didn’t do which I regret most. But I did get a chance to communicate with his son, a few times via email and once we spoke on the telephone. During the course of that conversation I expressed to his son that Dick was a friend and I liked him very much. I told him I used to tell his dad that he reminded me of my Uncle Al, a very important man in my life. I also told him how Dick had a way of making everybody around him feel good. His son responded, “My dad was the kind of guy that was always interested in what you were interested in.” And he was. And that was it – that’s what I couldn’t put my finger on. Henry Miller, I suspect, would have liked Dick a lot. Because Dick understood what Henry meant. Dick was confident in who he was, just as I believe Henry Miller was confident, on most occasions, with who he was. They both knew, more often than not, that the best story, the best moments in life, were not about them.

When you are interested in what other people are interested in, you find what Henry Miller found: interesting people. Will it happen every time? No, but often enough, that I would bet on it. 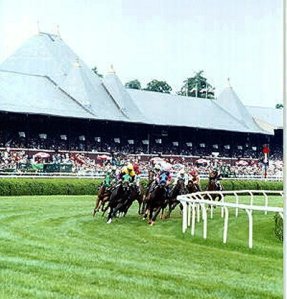 6 Responses to “Forget Yourself … what did Henry Miller mean?”