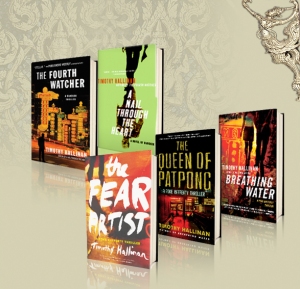 The Poke Rafferty series is five [ the sixth to be published in November, 2014 by SoHo Crime http://www.sohocrime.com ] critically acclaimed Bangkok thrillers written by author, Timothy Hallinan whom divides his time among a Southern California beach community, Bangkok and a slightly less idyllic seaside town on the Gulf of Thailand, where he gets a lot of good writing done. Tim frequents other parts of South East Asia as well.

Tim is also the author of the erudite private eye, Simeon Grist, 6 novel mystery series and the more recent, Junior Bender, 3 novel mystery series featuring a wise-cracking investigator whom has a second job as a successful burglar. Both series are set in L.A. On his web site http://www.timothyhallinan.com you will find an entire section for writers on FINISH YOUR NOVEL. Here are Tim’s own words regarding the background for the Poke Rafferty series: “Poke Rafferty had written two rough travel books – Looking for Trouble in the Philippines and Looking for Trouble in Indonesia – when he arrived in Thailand to write the next one.

Now married to the former “queen” of the Patpong bars, Rose, with whom he’s adopted a daughter off the sidewalks, Miaow, Rafferty finds family life in Bangkok to be more of an adventure than rough travel ever was. But, after years of travel, he’s also in the process of finding his heart and his personal true North.

The books are thrillers, but they’re also the continuing story of a hand-made family trying to stay together against all the odds.”

It is the patchwork nuclear family setting, for me, which sets the Poke series apart from much of the other available Bangkok based fiction. That and the brilliant prose of Timothy Hallinan.

Timothy Hallinan comes from a rock n’ roll background. He wrote songs and played in a rock band while a University student growing up in California. His songs were recorded by many well known artists, including the platinum selling group, BREAD, which placed 13 songs on The Billboard 100 between 1970 and 1977. My sister owned every album BREAD ever made.

You need not read the Poke Rafferty series in order. They stand alone perfectly well. I first read, THE QUEEN of PATPONG, which is fourth in sequence, followed by BREATHING WATER, (3rd) FEAR ARTIST, (5th) A NAIL THROUGH THE HEART (1st) and THE FOURTH WATCHER (2nd), which I picked up periodically but never finished. Do not make anything of that fact. I can say the same about all series of novels by any of my favorite authors and Timothy Hallinan is one of my favorite authors.

In A NAIL THROUGH THE HEART, Poke wants to marry ex-bar girl Rose and adopt then 8 years old and street wise, street-girl, Miaow. Hallinan gets across the bleakness of Bangkok with ample doses of humor. And it works.

In BREATHING WATER the family unit is properly set. Poke, now married to Rose and daughter Miaow make a threesome you care about. Hallinan does first class antagonists; in this thriller he is Pan, once a two-bit thug that used his considerable skills, good and evil, to turn himself into a Thai billionaire. Poke wins the right to pen Pan’s biography in a poker game with the help of his returning character friend, Thai policeman Arthit. Poke and his family always seems to be in jeopardy and Poke loves his family. We know the drill by now, but it is a good drill with Hallinan’s prose leading the way. The Thai power elite are after Poke because they don’t want the book written. In a scene we’ve seen many times before, an abduction, complete with hood adorned in the back seat of a limo, with heavy’s on each side, takes place. Only this time, it’s Hallinan style:

Rafferty says, “I’d be frightened if you hadn’t put the hood on.”

“When I’m frightened, I shut up,” Rafferty says.

After a moment of silence, the man to his right chuckles.

“You chuckled, too,” Rafferty says. “Did somebody teach all you guys to chuckle?”

“The chuckle,” the man to his right says, “is a perfectly acceptable form of laughter.”

Besides humor, Hallinan paints the desperation of the Bangkok street people as well as the perks of the privileged class in Thai society to perfection.

QUEEN of PATPONG was nominated for an Edgar Award by the Mystery Writers of America in 2011 and rightfully so. It is a great novel with great writing.

Anyone who characterizes THE QUEEN of PATPONG as a bar girl book diminishes it, intentionally or unintentionally – it is not that. What it is, is what astute readers look for, a good story with conflict all over the place and resolution where it is needed most. Rose is as strong a female character as you will find in any book and she literally and figuratively takes center stage in this, my all time favorite Bangkok thriller. For those who might think Hallinan glamorizes the Bangkok night, sample this as Poke listens to his wife speak among a group and think again:

I let one of the men rename me. A man gave me the name Rose – you didn’t know that, did you, Poke?…He said, this man, he said that Kwan was too hard to remember, even though it’s a good name and it means ‘spirit,’ and that the rose was the queen of flowers and I was the queen of Patpong.” She laughs, rough as a cough. “The queen of Patpong. A kingdom of whores and viruses. Death with a smile.”

What makes THE QUEEN OF PATPONG unique is the second section, which is turned over to the female characters, completely, in a revealing and compulsive read. Hallinan does what all great writers do, he makes you want to turn the page to learn of the journey Rose took from the lanky, innocent girl teased in her village, to the most coveted prostitute in all of the Patpong bars, before Poke walks into her life.

We also see Miaow’s progress; she’s smart, a good student, still ballsy in all the right ways and is preparing for her upcoming part in her school play, the Tempest. I am leery when author’s throw Shakespeare in the back story – not being a fan myself – but it worked. Once again Poke’s family is at risk – this time at the hands of a serial killer. A man from Rose’s past. And once again Poke needs the help of his policeman friend, Arthit. The boat scene is more than good enough, it’s brilliant and the cinematic and entirely believable Thai justice ending is as satisfying as a reader gets. 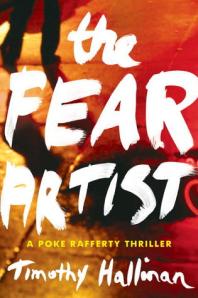 The fifth in the series is, THE FEAR ARTIST. Published just 9 months after the flood that hit Bangkok in 2011. Hallinan allows the flood to soak in just enough as a perfect back-story, which impressed me because the original draft must have been dry. 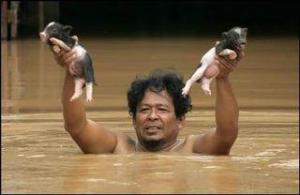 The book opens with Poke backing out of a paint store with cans of paint in his hands, Apricot Cream and Urban Decay are the colors of choice, in a busy Bangkok neighborhood, when a bleeding man, shot, crumples into Poke’s life knocking them both to the ground. Before he dies he whispers, “Helene Ekersley. Cheyenne.” Poke gets brought in for questioning, conveniently forgetting the dying utterance, which irks the wrong people in power. As a result Poke is framed for a crime he couldn’t possibly have done. But this is Thailand. As Poke states, “Bangkok may not be glamorous…but it’s got lurid down cold.” Poke must send Rose and Miaow up country, make a roof top escape from the police when they visit him a second time and find the real killer. The absence of Rose and Miaow is filled in by the re-appearance of Poke’s 1/2 sister, Ming Li, she of 17 years-old going on 30.

There is some excellent writing in THE FEAR ARTIST. Characters and setting are superb. The evil and greedy antagonist, Murphy is an ex-soldier who has to cover up past atrocities in a Viet Nam War era life by committing more atrocities in real time. But it’s Murphy’s daughter, Treasure who is the mesmerizing one. Hallinan’s cynical humor gets a perfect character to play with in Janos, an otherwise forgettable Russian spy leftover from the cold-war, that Hallinan makes memorable for all of his forgettable qualities. There are many that have expressed THE FEAR ARTIST to be their favorite in the series. And for good reasons. Hallinan makes valid political commentary about the U.S. Phoenix Program, the troubles in the south of Thailand and good old American greed. But I still give the nod to THE QUEEN of PATPONG because Rose and Miaow are absent so much here and by now, lets face it, they are family to the reader.

I recently received an advance readers copy of Poke #6 tentatively titled, FOR THE DEAD. All I will say at this time for current and future fans of Poke Rafferty and his makeshift family is, the best is yet to come.

In case you don’t recall BREAD or their songs, think of Hallinan as more of a Brian Wilson of, The Beach Boys type of writer. Pick up anything written by Timothy Hallinan and chances are you’ll be pickin’ up good vibrations. Read any of the Poke Rafferty series with the statuesque Rose and find out how she started working on the brain of Poke with just one look. Rose now runs a successful cleaning business but the former go go dancer and current tall Thai beauty is capable of giving so much more than just excitations to any reader. 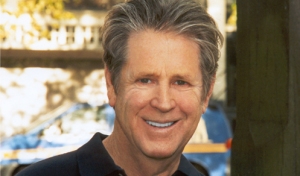 An inference can be drawn from the above quote by Rose that no one person should ever decree the title of King or Queen of anything on anyone. No attempt will be made to do so here. But if there was to be a contest for King of the Bangkok Fiction Hill, Timothy Hallinan would be on any respectable invitation list. Bangkok fiction has a diverse cast of authors and titles from which to choose. You may prefer the Rolling Stones’ 19th NERVOUS BREAKDOWN over the Beatles, SHE CAME INTO THE BATHROOM WINDOW. Tom Waits’ THE PIANO HAS BEEN DRINKING (Not Me) over Tom Petty’s, MARY JANE’S LAST DANCE. Bob Dylan’s LAY, LADY LAY or Sam the Sham’s LITTLE RED RIDING HOOD? Neil Young’s CINNAMON GIRL or Jackson Browne’s REDNECK FRIEND? I look for good writing, wherever I can find it.

And great writing is what you will find in the Poke Rafferty series by Timothy Hallinan, which just so happens to take place in Bangkok. And some of those moments are spent in bars. The Thais have an expression – they even have to use the English word when they say it because they have no Thai equivalent.  That’s how jai yen yen they are. It is, “Don’t be serious.” Put another way: It’s only Bangkok Fiction … but I like it.

NOVELS in the Poke Rafferty Series by Timothy Hallinan

14 Responses to “The Poke Rafferty Series by Timothy Hallinan – King of the Bangkok Fiction Hill?”