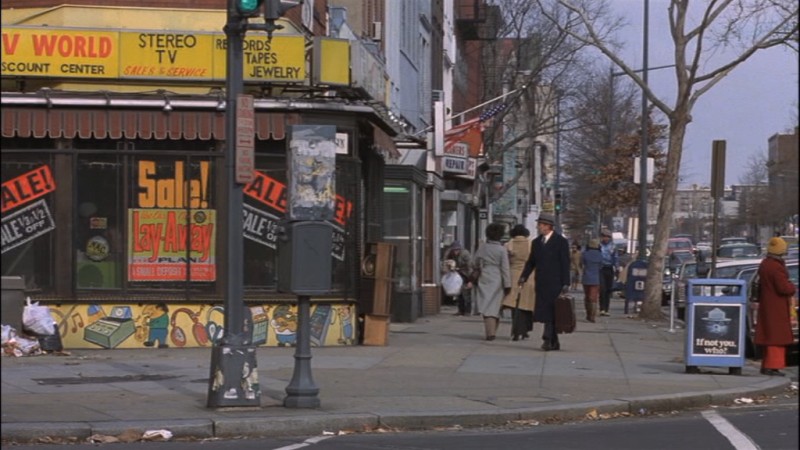 A year ago, I wrote my first essay at Thailand Footprint. You can read it here, if you like: I AM NOT A WRITER and Why the World Needs Them.

Since that time a fair number of people have told me, in not so enthusiastic tones, that there was a possibility I was wrong. Chris Coles was the first, before my blog ever appeared, “Maybe you’re a writer?” The artist said.

Months later I was at the Check Inn 99 for a rehearsal of THE ROCKY HORROR SHOW. At that rehearsal, Kevin Wood the singer, songwriter and musician sat down next to me and we were able to have a rare face to face conversation. As opposed to the long distance ones we’ve had many times while Ted Lewand and he played their tunes following the Sunday Jazz sessions. Some people call it heckling. I think conversation sounds more polite. “Are you a writer?” Kevin Wood asked me as we sat on one of the green couches near an artificial tree illuminated with tiny lights. “No.” I replied. Then I qualified it. “I could tell you I am a writer. But what you do, people cannot fake.” What I meant by that is, telling someone you are a writer is the easiest thing in the world. You could also tell people you are a musician. But eventually, people are going to expect you to play a song from time to time. And if you’re not very good at playing the guitar or covering Bob Marley’s, No Woman No Cry people will figure that out, real quick. Kevin and Ted are very good at what they do. They are professionals. They are paid, regularly, to sing and play instruments and have been for a long time. The audience can tell that they are professionals, quickly.

Yesterday I read a wonderful interview about the books and life of a superb writer who lives in Bangkok, whom I have never had the benefit of meeting. Just as I like to read a good book review done by a professional I also enjoy reading interviews about professional writers done by professional interviewers. I’m always hoping I might learn something. I learned a number of things in this interview, which you can read here: LAWRENCE OSBORNE: ‘Acclaim. I Don’t Notice It Much.’

There are many things I enjoyed about the interview. It is entertaining, insightful, witty, revealing and with just the right amounts of brutal honesty and self-deprecation. Toward the end of the interview Lawrence makes the following declaration: “Very few writers live here, of course. But that’s quite all right with me.” There are, I think, multiple ways those two sentences can be interpreted. I chose to think that he is quite accurate. When you compare Bangkok to New York City, I would wager far more writers live there and certainly write on a more varied array of themes than the writers do in Bangkok. One criticism I have seen of the expat writers in Bangkok is that you wouldn’t have two dozen writers in New York City living within walking distance of Times Square and having them all write about life in Times Square. That criticism seems valid to me.

The interview made my mind ponder who Lawrence Osborne would consider to be among those “very few writers” who live here? There are clues, if you know where to look. John Burdett would certainly be one. He’s published by Knopf and has had multiple printings of hardcover books numbering 75,000 and up. John lives here a lot of the time. Stephen Leather would be another writer who would qualify. I have heard the number 2 million books sold bandied about when it comes to Stephen’s back list and I have no reason to doubt it. If anything, it’s probably a much higher number now. I have read a few Stephen Leather books. He’s a fine writer. I particularly liked, The Chinaman and The Bombmaker. The author of A Killing Smile and the Vincent Calvino series would be another to make the list because Lawrence stated that in a different interview he did at The Bangkok Post, just over one year ago when he said, “Christopher G. Moore is a good writer”. Jerry Hopkins might be another that would make Osborne’s list. It’s doubtful Jerry’s propensity to be included among the bottom feeders of the world would be enough to dislodge him from the short list. Hopkins’ books have also sold in the millions – I’ve seen one estimate of 6 million total. From a journalism standpoint, Lawrence and Jerry have both done well in picking the high hanging fruit. There are, no doubt, potentially many other writers that would make Osborne’s list, which I am unaware of because of the limited scope of my literary education.

As good a writer as I think Lawrence Osborne is (and I think he is very good) I have some biases toward him. At my school the students who had Lawrence typed in on their birth certificate went by, Larry. He’s a Harvard guy. I am a product of the California State University system, as is Timothy Hallinan. Tim is another writer who, unquestionably, would make Osborne’s list, if he lived primarily in Bangkok but he doesn’t. Osborne is also a Brit and I’ve made it my life long quest to figure them out before I die.

It is to Lawrence whom I credit the theme for this blog post today: What is a writer? It’s a good question. It deserves contemplation and attempt at explanation.

Here is the excellent reply from Lawrence Osborne in that interview with Rachael Cooke, found in the Sunday, April 13th edition of The Guardian, when he was asked why it took so long to find a publisher for his latest novel, The Forgiven:

Mostly, just that I was an outsider to the fiction world. Indeed, my American agent at the time urged me not to bother at all. In the end, I sent it myself to an editor I didn’t know late on a Friday night after a bottle of good but despair-ridden and lonely Chablis. A push of a button. The manuscript had been rejected by dozens of houses, even by editors I’d published books with. This was a last-chance gamble. He took it with him on the train home to New Jersey that night and somewhere in the darkened satanic mills of Newark or wherever he sent me a message saying that he was 30 pages in and that was enough. He offered for the book on Monday morning. – Lawrence Osborne

This process of rejection and acceptance, which Mr. Osborne describes so well, is missing among many of the writers of today. And that’s a shame. For them. In the age of self-publishing, Facebook author pages, fake book reviews and Twitter Follower purchases, one can become a writer in a day. That seems too quick, to me. It was the lifestyle of writers that I always found interesting and appealing to my sense of adventure and personal exploration. Start with Henry Miller. Add Jerry Hopkins. Stir in Christopher G. Moore, whether you like any of these guys books or not. For musical accompaniment I’ll take Timothy Hallinan who started his writing career as a songwriter for the band, BREAD before he wrote his Simeon Grist, Poke Rafferty and Junior Bender series. I include Lawrence Osborne on my list. All these men have led very interesting lives, even if they had never published a single word. Read about any of these men and you will read about rejection and acceptance, numerous times, in their lifetime as a writer.

Just as, Chance the Gardener in Being There, likes to watch, I like to write. My business involves writing that pays well but isn’t very creative. My blogging is, at times, creative but doesn’t pay a dime. (Gop T-shirt sales notwithstanding). There is something to be said for the creative process. There is something to be said for creative people. There is much to be said in favor of the arts. That is one reason the very first blog posts made at Thailand Footprint were videos of Alfred Hitchcock on Happiness and John Cleese on Creativity. 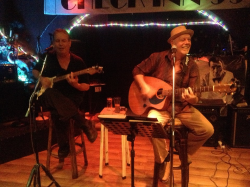 Not too many Sunday’s ago I was sitting with a group at Check Inn 99. We were doing what groups do there: drinking, talking, laughing and listening to live music. It was the 6:00 p.m. to 8:00 p.m. time slot occupied at the stage by Ted Lewand and Kevin Wood. Ted turns to Kevin as only Ted can and says, somewhat sarcastically, “It doesn’t get any better than this.” I thought it was perfect. Because I genuinely felt Ted was absolutely right. It made me enjoy a good evening even more. So much so, in fact, that Kevin Wood addressed us at the microphone. “How is the book club doing this evening?” He said. And then it occurred to me that everyone at my table had written more than one book, except me – I’ve not written a single one. They were, John Gartland the performance poet whom I featured in this blog this year, Collin Piprell one of the first two people to leave a complimentary comment on this blog, 364 days ago and the author of several books including one I reviewed early on, KICKING DOGS and another I reference in a post called The Parks of My Life. And James A. Newman author of the Joe Dylan series and short stories too numerous to mention. James has appeared on this blog often. I am an honorary member of, The Book Club. John, Collin and James are all writers, to me. More importantly, they are my friends. I consider myself lucky to know them as people and writers.

Today is the one year anniversary of Thailand Footprint. A blog. That makes me, to many people, a blogger. And that is okay. I waited until the end of this essay to mention my journey around the sun. I figure anyone who got this far has probably read my blog before. To those of you who have, I want to thank you all the more. Just under one year ago, I took the time to single out the authors, in particular, for all the things that I have learned from them. The learning continues. I thanked all the authors, “except for the assholes”. I’d like to amend that. I’d like to thank everyone. Period. Because everyone, authors, musicians, actors, photographers, poets, surfers, Muay Thai fighters, waitresses and even gardeners can be our teachers if we are open to learning. After all, who hasn’t been an asshole during their lifetime? Certainly, not me.

In the past 12 months I have been very fortunate about, being there. And to be here, now. Voltaire and Henry Miller were pretty smart guys. I will be publishing a book within the next six to nine months based, in part, on what I learned from those two men. The title has been decided. Colin Cotterill has already agreed to do the cover art and design. The book cover will be great. Feel free to judge the contents based on the cover. It will be, mostly, selected essays and interviews taken from this blog. In addition, there will be a lengthy chapter about the colorful history of Check Inn 99.

This post also appears in the Chiang Mai City News and may be viewed by clicking the banner below:

10 Responses to “What is a writer? Being There by Kevin Cummings”